It’s just an empty chair. One that used to be where you sat.

Once, there was a time when you would sit on it and tell me a joke or force me to laugh at one. It was where you would grab me and ask me to stand in front of the chair while you sat and braid my hair.

That was a time for smiles, giggles and other girly moments.

That was before we had a quarrel and stopped being friends.

Now all I have is just this empty chair.

I should call you and say ‘I’m sorry’. I should. I really should because this stupid chair just won’t stop looking lonely, like me.

So I’m pretty familiar with the 365 days of photos people take and either post or blog about. To give this phenomenon a new twist, I decided to challenge myself to take 100 photos in 100 days and write a story behind each photo in 100 words or more.

My challenge shall begin tomorrow.

I hope you’ll have fun and who knows, it might inspire you, too. I expect that I will.

This term is one I often hear but have never understood. How do you keep a friend who is an enemy?

Or is it all about that phrase, “keep your friends close but keep your enemies closer” type of logic?

However, the world is not all black and white and this is definitely on the gray area.I mean, this is practically blurring the lines of friendship and pretension. Or am I simply overanalyzing this?

Still, how can you qualify someone as a “frenemy”? I’m hoping to know if I have frenemies that I don’t know of.

Do you have a frenemy or frenemies? How do you deal with it? How has it affected your relationships with friends and enemies?

My reason for living.

The past few days has been hectic for me. With online work, dance classes, dance lessons and a new business venture, I was stressed.

The only relief I got were to watch online videos of comedians. Their silly antics just made my day. Laughing at least once a day for the sake of laughing is one advice anyone should take.

Of course, live comedy shows are even better. Ticketamerica.com has comedy tickets for all of your favorite shows like Anthony Cools, the legendary Bill Cosby and Bill Engval comedy seating. It is an online portal where you can get anthony cools tickets, bill engval tickets and bill cosby tickets.

To share, here’s a video of a local comedian who just made me realize that songs by Bruno Mars are not so different from songs by Filipino artists.

St. Augustine is one of my favorite saints. His story is one that almost anyone I know can relate to. From being a bad boy to saint, his life was definitely not a bed of roses.

He struggled to become a better man and with his efforts and God’s grace, he achieved it. Maybe even more than he could have expected (I bet he didn’t really think he could become a saint).

Did you know that he had a son out of wedlock with his mistress of 13 years? He was also engaged but he broke it off later on. He pined for his lover but did not reunite with her after they ended their affair.

He was also a blogger. Confessions was written after his conversion and it was much like a blog wherein he records what happened in the past, in the present and his thoughts on everything else around him.

I write about him because I feel like I’m on the same journey as he had been now. Not that I wish to become a saint but I made a lot of mistakes in my life and I want to correct them if I can.

I realized that asking to be given another chance is difficult. Forgiveness is not easy to come by.

However, with hope in my heart and my faith in God, I continue to try and do as much as I can to fix broken relationships and build new ones.

But I’m also a realist. There are some things you can’t force to happen. Sometimes, to hold out an olive branch is all you can do and just wait and see if anything ever happens next.

To forgive is to set a prisoner free and discover that the prisoner was you. – Lewis B. Smedes

Last week was one of the busiest week I ever had. I have dance practices, choreography, dance classes, errands to do and a new business venture (VMobile Technologies, Inc.) to take care of.

Yes, I’m planting seeds of wealth for my daughter’s future with all my activities. Although, it’s physically draining (allows me to sleep for 4 hours in a day only), I know that it’s all worth it.

I’m also looking forward to my next interview at the mall near my house. I applied for a position that I believe is a great fit for me and my skills on events and talents. To my followers, please pray I’ll get the job. I truly hope that getting this job can change my life around for the better.

Another blessing that I am truly grateful is that I have upcoming dance gigs for August. I’m now hoping more and more students enroll for my bellydancing classes, too.

Although, when I get that mall position, I have to give up my online work and dance classes. Sigh, you really can’t serve two masters.

So here’s to new beginnings on career, business and dance!

I don’t get to blog as often as I want already. Ultimately, I have only myself to blame. I get sidetracked when I have my TV series mode on.

I recently bought Fringe Season 3, Smallville Season 10, Supernatural Season 6, House Season 7, Leverage Season 2 and the Vampire Diaries Season 2. I just had to go on “marathon mode” on them.

On my off time, I have laundry, Heaven, dance and then work.

I also got recently interviewed for a job I want to have. I still have two more interviews to go. I pray that God will grant me this opportunity to get back into the corporate world and save up for Heaven’s future.

This is basically a short break on my working time. Just a short reprieve to refresh my zest to write.

Have a great day, world!

> Epcalm, Sure! Go ahead and post the article on my sister. The more people know about her, the better. Thank you!!!

There’s a reason why I want Venice to be my future honeymoon destination. This is one of them.

Bring on the masquerade! 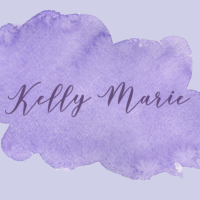 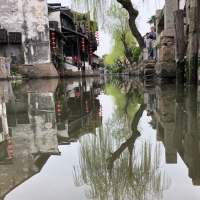 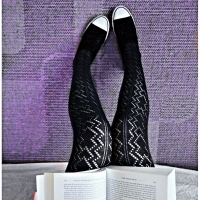