How are you, Beb? Do you know that you are now doing your best on learning how to walk? The problem is that you hate it when we all try to hold your hands or put our hands under your arms so you won’t fall. It’s a scary time for me. I know you are brave enough to do it on your own but instead of walking a step or two, you run. This is what causes my mini heart attacks each time I let go of you.

As for now, I am up to my ears with work. You may have noticed but I have been a bit cranky for the past few days. It seems that one day is not enough for me to do everything there is to do around the house like laundry, washing dishes, sweeping the floor, attending to you and to my needs. I am forced to resign form one of my work online (effective on January 1, 2011) because I simply can’t manage my time anymore.

So that was me, complaining.

Then, I realize that what I’m doing is wrong. So I stop for a minute, take a deep breath, say a little prayer to God and decided to be thankful. 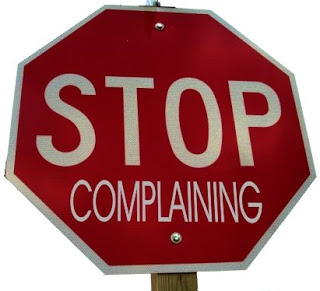 So here I am, thankful.

This is a good list and I am thankful that you remind me of how lucky I am to have you in my life. So when you feel like complaining, Beb, stop yourself and count your blessings. Be thankful, love. I promise you, before you know it, everything will be just fine.

“I am exhausted!”  Julius exclaimed.

He brought in the last of the furniture inside their new home. His wife, Cecille was busily looking after their newborn babies.  He looked at the happy picture they made and forgot the soreness of his muscles.

“Come here and rest. I’ll get you some refreshments.”

He loves it when Cecille fusses over him. She makes him feel like he’s a king. A rajah. An emperor.
The babies started crying and he went over to check on them. They were handsome little devils.

The two rascals stared at their father with awe. Their cries of hunger were replaced with little squeaks of curiosity over his low timbered voice. It was so different from the mellow and melodious voice of their mother.

“But I didn’t…” he protested as she tenderly gave each one of the babies a kiss and their food.

“You are not so different from your sons, dear. Men are such babies.”

The happy couple sat down and a peaceful atmosphere wrapped their new home. A cool breeze entered, and as Julius and Cecille fed each other food and kisses in between, a blanket of contentment settled in their new home. It was a new beginning, a new life together with their new family.

Suddenly, a resounding crash shattered everything. A huge boulder came through the window, knocking down Julius and Cecille.

Cecille screamed when she saw that Julius was bloody and unconscious, she immediately turned her head to look if their children were unharmed. The playpen fell on its side and the latch opened. They were still in it, though now they were crying for her.

Cecille was pinned down by Julius’ body and as she tried to move and inch towards her babies, she felt pain everywhere. The boulder was no stranger to her. She knew what will happen next. Another one will follow. She knew she had to save her babies.

Every word was said in agony. She knew she had broken ribs and it was getting more and more difficult to breathe, but she had to try to get her babies out of there. She called them out again and as she did, they crawled out of their playpen towards her.

She hugged them both so tight when they reached her. They were crying but her presence calmed them a bit. Julius was no longer breathing. The boulder came from the window and the impact of it on him was fatal. It was his body that saved Cecille as the boulder rolled towards the middle of the room.

Cecille knew that the next boulder would soon arrive if ever they make any sound.  She prayed that they will leave soon. They almost always knew where to look. She could never understand the reason why they have to do this. Destroying their homes, killing their families and friends, making each move to a new place a constant thing. This was their third home.

She wanted to cry but couldn’t. Julius’ death will be mourned later when all is safe. She must have her wits about her to survive this.

“I said you can only do it once. If you don’t get to make it fall, you’re buying me an ice cream cone.”

“But you pushed me when I pulled the string! You made me lose my aim!”

“Oh shut up. You know you can’t pull it off. You’re not that good.”

The two boys kept on bickering as they went on their way to Aling Nena’s sari-sari store to buy ice cream. They soon decided it would be more fun to look for anthills, destroy them and maybe torture the ants with water or matches rather than trying to make a bird’s nest fall from a tree.

I have no idea if in the future, Facebook will continue to be one of the commonly used social networking sites during your time. However, it’s the one I use. For 2010, here’s a collage of the Facebook statuses I wrote for our Facebook account. They are only a chosen few because the others are quite redundant. Most of the time, my status was work, food, stuff I do and you. Well, I just want to share this with you. 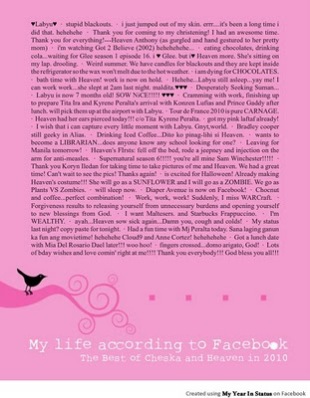 Although I haven’t been given a full-blown confirmation that it’s a scam, but nearly everyone I know say that it could just be too good to be true. What gave away the scammers was the work permit fee they wanted to get from me within 48 hours of my agreement to the “job offer”.

I am just thankful that I didn’t send any money, that I know someone working in the U.K. Embassy in Manila and I have friends in U.K. who can verify the legitimacy of the company.
END_OF_DOCUMENT_TOKEN_TO_BE_REPLACED

What’s in a Name?

A lot of people have asked me why I named you Heaven Anthony. Some comments were crude while others are plain funny. You see, “heaven” is such a broad concept. Basically, it can be used in many ways. It can pertain to a place, a state of mind, an emotion or used as an adjective. “Anthony” is one common name in our family but later on that.

When I found out that I was pregnant with you and I didn’t know that you’ll be a girl, the names I chose were all for boys. Thinking of names for girls, well, I came up short on that. Around 10 years ago, I wrote in my old blog that when I’ll have a baby girl, I’ll name her “Merianthe something (I already forgot the second name) Raphael”. If I’ll have identical twin boys, the names were “Matthew Red Raphael” and “Manuel Vincent Raphael”.

When I found out that I’ll have a girl, each time I pray, the word “Heaven” keeps on popping in my head. It was as if God was telling me to name you “Heaven”. And so I did (much to your G-Ma’s chagrin. She wanted me to name you after her).

The second name “Anthony” was quite easy. I have always loved St. Anthony since every time I lose something, I pray to him to help me find it and voila! Whatever it was I was searching for, just turns up right before me. Besides, Lola Love (your great grandmother) added “Anthony” to my aunts Joanna, Desiree and Daphne’s names too. You are actually now part of the “Anthonys” in our clan (joining Sven, Carlo, Eugene, Gerduane and Koen).

I also thought that with “Anthony” in your name, I will always find you, no matter what.

Here’s a thought. I actually wanted to add “Rogue” in your name but decided to drop it. I am a total X-Men fan and her character appealed to me.

My love, now that you know this, here’s what I want you to learn: Names are names but what makes people remember you is not your name but your character. Instead, strive to be the best person you can be. Always be kind and be humble. Remember, that your true self shouts your rightful name so persevere to be called “a child and servant of God”.

30 minutes. That was all she wanted. Her master wept and she wanted to weep as well. Everything was in place. She now felt everything. Her eyes lit up with anticipation. Each touch was a new sensation. She was nervous and giddy. She felt his sorrow and his sadness for the first time. They laughed, cried and made love like never before. It was the best gift she ever received.
When her master strangled her, she felt fear and then joy.
To die as a human was exquisite. 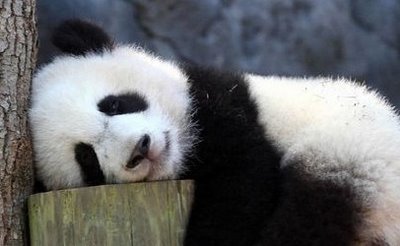 I just finished work and now I sleep…so tired… 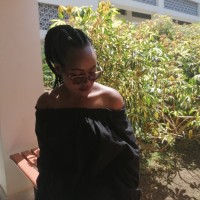 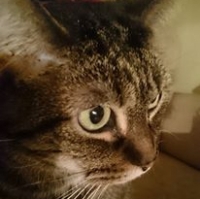 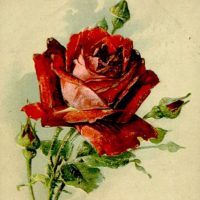